Days Without A Show To Go! 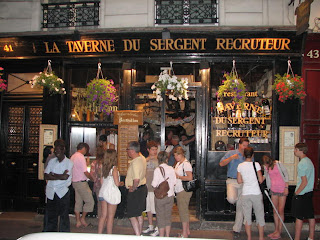 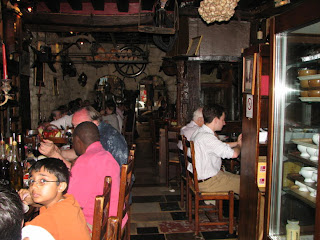 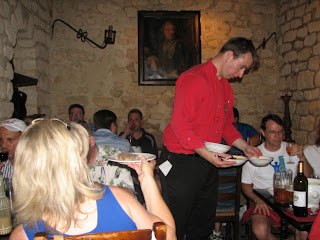 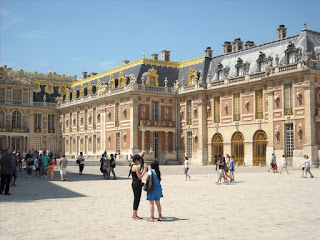 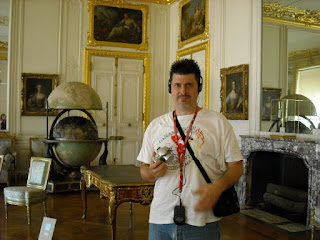 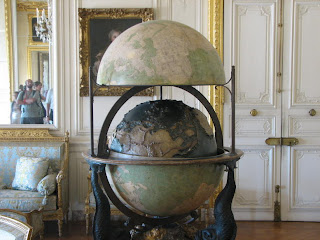 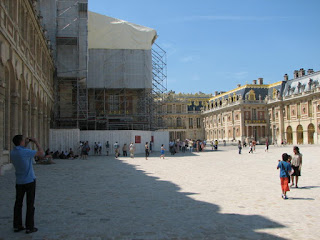 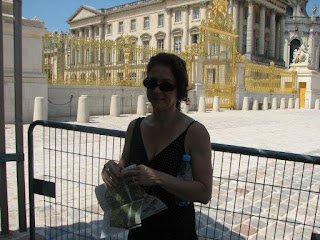 Tuesday - 6/30/2009
Our first chance to sleep in since... man, who knows how long it's been!
As Anna was in the shower, I decided to warm up a bit. My chops are still swollen and a bit battered from the heavy week previously, but now I'm starting to get a little concerned about not getting enough playing time in. That old concern that I think each player has enter in their minds when they tour and gigs are days between. I am NOT one of those players that can go without touching the horn for a few days!

We had slept too long to make the hotel breakfast, so we decided to walk to the McDonald's to check email ONLY!!! Then off to a local cafe near the hotel for crepes. They weren't what we were hoping for, but we were sitting in a Paris cafe drinking a cappuccino and eating crepes.

We caught the M13 train to Auiliedes station, and picked up the "C" train to Versailles to see the palace!

We arrived at Versailles a little after 1pm, so we bought 2 passes at 10 Euro each. Audio walking tour of the Daughters Apartments and the Kings quarters. Amazing sights, but you could feel the power and presence within the palace!

We left the palace at 5pm and jumped on a train heading to a station that would put us right near Notre Dame as we were to meet the rest of TJO for dinner at a place called Sergent Recruiter. The trains are not air conditioned and we were head long in to rush hour time in Paris - it was hot! Long about the "Javel" stop, we noticed that the train was sitting for an extremely long period of time... the announcements were only in French, so understanding was not happening! As our time was running short, we opted to get off the train and hail a taxi... we were at least 6 kilometers from Notre Dame and had to meet the group! Our meet time was 6:30 and it was well past that!

Finally making it after attempting to hail many taxi's, we met up with everyone and had an okay dinner... very expensive and only so-so on the quality. The salad was great because they brought fresh veggies in a basket so you can make your own... the soup tasted like dirty bathwater and the main course was... hmmm.
Posted by Keith Fiala at 8:46 PM