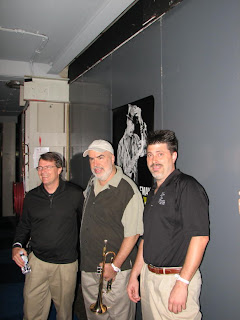 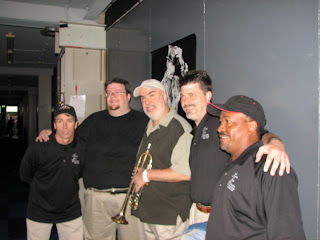 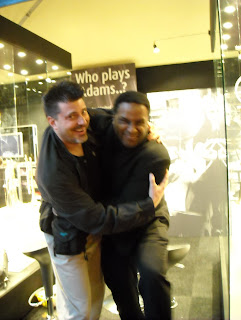 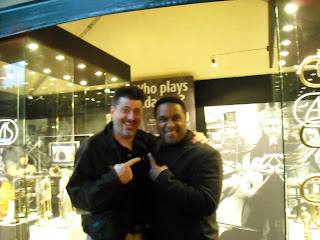 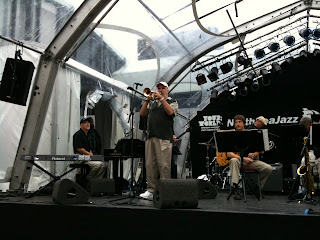 I had to take a break from posting over the weekend as I traveled to Jackson Hole, Wyoming to perform at a wedding with Memphis Train Revue. The weather was really great and another nice jolt that prompted the question again - why am I still in Austin, TX.

As we traveled through Europe, it became more and more apparent to me that my online presence needed to be boosted up even more. We decided that we needed to buy a new Mac, now we've decided that teaching webcam lessons would be a great thing as well. All in all, Europe was a great kick in the pants for me. Before we left, I had gotten complacent... a little too comfortable with things as they are. Now after playing to appreciative audiences, hanging with great musicians and seeing the world through rested eyes - I was ready!

We pulled in to Rotterdam, Holland to play our final gig at the North Sea Jazz Festival. Randy Brecker was going to perform with us one more time and we were all pumped!

The show was amazing! Randy played (this goes without saying) amazing and got us to step up just one more notch! What a rush!!!

After the show, I was fortunate enough to run back in to Frank Greene, and Terrell Stafford who had performed earlier with Village Vanguard! What great guys to hang out with!!!
Posted by Keith Fiala at 2:12 PM